Why Geisha prefers the World Stage!

I would like to introduce this topic and my approach to it; I have structured this post to reveal my experience with Geisha before and after trying it to establish how Geisha can be valued. The point after which I have tried Geisha coffee will be demarcated by the following notations: ‘’- ‘’.

I thought it would be a rather interesting approach to Geisha coffee having noticed the hoo-ha and mixed emotions surrounding it – especially in pricing. I have purposefully avoided tasting it, to write from the most objective opinion possible.

Disclaimer: I do not profess to be a professional in this area, but thought that the little I have come to know, and the knowledge extracted from the well-informed minds of the international speciality coffee scene (primarily South Africa) would be interesting to share and would add credibility to my observations. 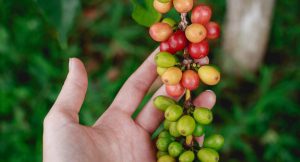 Firstly, I think it is important to establish what Geisha coffee is – for those who do not know. Geisha coffee is a varietal of Arabica that is believed to be derived from Ethiopia and made popular in Panama. For the sake of time, I will avoid going into the whole debate about how it’s pronounced and the full story behind its origin.

It is important to note that Geisha coffee is usually a lot more difficult to grow than other varietals, which makes it somewhat of a rare commodity in the coffee industry. From personal observation I can note that I too fell victim to assuming that it is superior in quality due to it being rare and difficult to grow –  this might be true, but isn’t always the case.

I was reading an article posted on Barista Hustle, and the thread was devoted to discussing the nature of Geisha and how it can be overvalued – the basis of the discussion was established on a blog article posted by James Hoffman. Hoffman’s post was based on the dominance of Geisha and its feature in the World Barista Championship and World Brewers Cup held in 2016. Hoffman writes: “I should be clear from the off: this is not a criticism of the baristas who chose to use these coffees. I understand the appeal of them, professionally and competitively. It is also hard to argue the results of using this kind of coffee, which speak for themselves.’’

I think what this suggests is that Geisha has become the standard of winning coffee competitions, with many baristas using it and creating hype around the coffee. Geisha benefits from the hype, escalating its value to the untrained eye, including mine. Please don’t view this as me saying it’s bad, I’m just saying that it has benefited from being a trend at competitions.

Here’s a social experiment just to place this whole argument in context:  I might try a local SL28 varietal that tastes like hot water with a tinge of fruitiness, but Dale Harris (World Barista Champion) uses an SL28 and wins a competition. This is because, although they are the same varietal, certain coffees are processed differently and can be of higher quality due to growing conditions. Competition coffee is often of an incredibly high quality, high enough to justify it being used. Better quality coffee often produces more pronounced flavour profiles and can leave you begging for more. 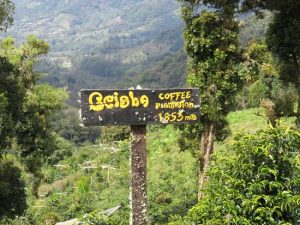 Why have I included this in my post? Understanding this concept is imperative to understanding the context of Geisha. A $75/lb Geisha has often undergone tremendous effort to preserve its quality and ensure it is beyond excellent. Whereas a $35/lb Geisha does not always have the privilege of going through the same processes, and might be from a region less known for growing Geisha.

Side note: A friend who has a whole heap of international café/roasting and sourcing experience expressed to me that an incredibly good Kenya SL28, that scores around 88-90 on a cupping table can often go for around $35/lb.

We as consumers tend to neglect the hard yards that are put into a product before it finds its complete form. As a barista with little-to-no experience in sourcing and growing coffee, I have always maintained the opinion that making coffee is the easy part, sourcing and growing is probably the hardest part – and this stands to be true when considering Geisha. The efforts devoted to preserving the quality of Geisha are ridiculous. Finca Deborah run by Jamison Savage, use the carbonic maceration process – sounds like a science experiment, because it sorta is. We also forget that top notch speciality coffee is hand-picked and is massively labour intensive. This is not free.

Matt Perger raised an interesting point in relation to the article posted by James Hoffman: ‘’Most of the time it’s [Geisha] pretty “meh”. But there are certainly some Geishas that -when roasted well- are obviously superior. That said, I’ve had Kenyans for 1/5th the price that are just as good or better!’’

We decided to use two different coffees, both would remain anonymous until I had sampled each in a V60. I also made sure that I paid consumer price for it so that I would feel the same loss any customer would if they hadn’t experienced quite what they were looking for.

The first one was well balanced, it smelt slightly jasmine-like, and had delicate undertones of peach. I caught an incredibly dainty earl grey characteristic to it. To be honest, I had kind of puzzled it together. This ought to be the Geisha. It was really underwhelming. I was hugely disappointed. I know there are many factors that might contribute to how a coffee is experienced, but I am well acquainted with most of these variables and dismissed the possibility of them influencing the overall flavour of the beverage to maintain integrity of the whole experiment and remain objective. 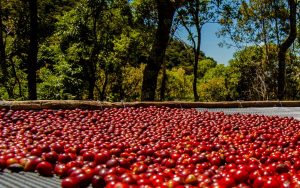 I might have had too high of an expectation for it, but I was fairly let down. Hoffman writes: “Personally I’ve struggled to enjoy just about every lot of Geisha I’ve ever cupped and consumed. I’ve never had that “a-ha!” moment, it has never seemed revelatory to me. I think that many people roast to maximise a floral characteristic that leads to a heady cup that is great on the cupping table but I’m unable to finish a cup because it lacks real sweetness, and the astringency is just wearing me down.’’

Although I’m not 100% sure about how this coffee was roasted, this resonates with me.  I was expecting this incredible moment where my jaws clench and I faint with an overflow of flavour too strong to keep my heart pumping blood into my veins – I know, a bit overexaggerated but paying for it, and reading about it had created that expectation. Is it wrong? I don’t think so. The hype train failed me.

I reiterate, this could be due to a magnitude of factors, but to remain as objective as possible, I decided to try to neglect these factors as much as possible.

I think it’s important to remember that coffee can also often be incredibly subjective. I could have never sipped a cup of coffee in my life and I would have still had some sort of bias towards something. We’re human; nothing can ever be fully objective.

I do not want to speak negatively about Geisha. I can promise from trusted reviews that Geisha coffee has the potential to be incredible. I mean… It must be amazing for it to be kind of the standard for competing over the past few years.

Matt Perger’s statement summarises my experience almost perfectly. The second coffee, which was a Caturra, sourced from Colombia Buenavista by April Coffee Roasters was spectacular. Well pronounced berries and vanilla throughout the whole beverage, however the vanilla was less pronounced.

In my opinion, having paid the price I did for the Geisha, I will recommend it – but to try. I am yet to try a Geisha that completely busts the budget, but in comparison with the Caturra Buenavista, it fell slightly short.

Why is Geisha so expensive? Well… I think its reputation is a massive reason, but the general quality is justifying the price (not fully in my opinion) as well as the processes devoted to preserving its quality – however one can always argue that similar processes if not the same processes are used to preserve other varietals.

There’s so much to add, but that’s it for today!