Australia: Trailblazers of the Coffee World

Australia is a leader in speciality coffee and has been one of the driving forces to grow it into a global culture. There are three key characteristics that I feel have contributed to the growth of the Australian coffee culture, resulting in success and progressively influencing the global coffee culture.

I am the first one to admit that I once thought that speciality coffee was somewhat of a new trend, conceived from a bunch of hipsters wearing irregular shaped spectacles and who listen to music that does not exceed 100,000 views on YouTube. 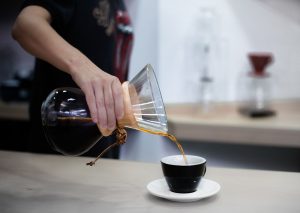 The term speciality coffee made its debut in the 1970s Tea and Coffee Journal, in the time that Starbucks had given birth to its native child, the Pike Place Starbucks store. Since then we have seen a considerable amount of investment in the coffee industry, with a surge in roasteries, and small cafés sprouting on every street corner.

Buckle up, it’s going to be good oil.

I have had the privilege of visiting Australia more than once and noticed that Australian baristas hold a certain swagger about their attitude towards work, wearing black and bopping to rad tunes playing in the background. These baristas have much to admire.

However, this isn’t the reason I raise the point. The Australian barista culture has developed tremendously over the years, they have established a standard for making coffee that trumps most countries, and this is one of the main reasons I believe the Australian speciality culture has influenced much of the culture in other countries.

They have raised the bar.

The standard of making coffee in Australia is exponentially higher than most countries. I would often have that ah-ha moment when sipping on my delicious flat-white, balanced with a combination of perfectly extracted espresso and sweet silky milk. I might have encountered one or two unpleasant experiences at places serving speciality, but I suppose every rose has its thorns. Compare this to my home nation where the selection is so small I personally know most baristas serving speciality, you see we have a long way to go. I’m aware of the avalanche of factors that can be considered, but this blog post would have no end if I mentioned them.

Plus, it’s a fact that the standard is significantly higher.

The nation boasts one of the first ever coffee colleges, the Collingwood Coffee College run by Proud Mary Coffee. The vision of the College is to educate, empower and create lifelong learners. I personally think it’s remarkable how they host almost ten different training courses; each are incredibly unique and follow a ticket-based format. The courses they offer are not the standard barista course (merely covering the coffee industry on a broad scale). These courses are unique and intricate – devoted to educating participants about the distinctive aspects of speciality coffee. They do however offer a ‘Barista Boot Camp’ which is what we are most familiar with. However, alongside that they offer eight other courses. The most interesting and totally mind-blowing one being ‘Introduction to Green Bean Grading.’ I’m lost for words. 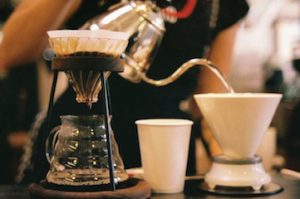 Why does this matter?

Let us consider the economics of education: basic human capital principles dictate that with greater levels of investment in human capital, three things can be expected: increased expenses, increased productivity and return on investment. Let’s focus on increased productivity. When people gain the knowledge to produce more outputs, return on investment is experienced in the form of higher incomes. More educated baristas in turn creates avenues to produce more, and hence receive more. It strengthens the overall industry and allows it to grow more.

I think Paul Bassett pins the tail on the donkey quite perfectly. Bassett writes: ‘Barista training has become more prevalent in the last few years and coffee making standards have improved dramatically. Once seen as a part-time job for the university student, the barista is now acknowledged as a role requiring a specialised skill set. The general Australian public has a better understanding of coffee than ever before. Overall consumer expectation has increased, forcing widespread improvements in all areas.’

The World Barista Championship is a worldwide coffee competition that hosts the world’s most prominent and well-trained coffee professionals. Simply put, it is an international tournament of making coffee at the highest level: the Olympics of coffee. The competition requires competitors to present a set of coffee-based beverages within 15 minutes against a set of firm standards and regulations.

The competition has been in practice for around 18 years, and in 2003 the first Australian Barista Champion was crowned victorious in an intense battle that saw Paul Bassett of Espresso Emporium (now Bassett Espresso) nudge a fair amount of points off the nearest competitor, Asa Petterson.

These competitions are often won with the best coffee available which is, to my knowledge, almost always of speciality grade. The World Barista Championship gains a wide following and is often sponsored by large corporate companies that can invest and further develop the speciality brand. Australia has a vast and rich representation in these competitions. Through this representation Australia has gained a great amount of exposure which has resulted in growth and success.

I think the most outstanding winner to date is Sasa Sestic. This is pretty much the Yoda of Speciality Coffee, having developed the scene tremendously. Introducing various innovative instruments to improve how coffee is made in a café context and ways of dealing with green coffee in general. He’s the type of coffee personality that will appear on the posters one day. He is the Coffee Man.

What is so significant about this man? He is Aussie.

Let me put this into perspective: Sasa Sestic is brain behind the ONA Coffee Distributor. A tool devoted to distributing coffee inside of a portafilter basket as accurately as possible. This device has stormed the speciality coffee scene, not only is it being used in most speciality Espresso Bars, but it has also given reason to develop other tools. Sasa has also revolutionized the way green coffee is processed. Carbonic maceration being the most notable to date. I think it can be said that Sasa has successfully influenced a cause and effect culture in the global coffee scene. 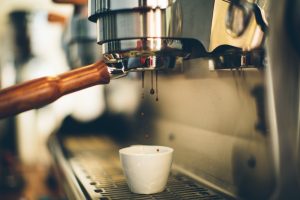 My fiancée’s sister gave me the most confused look when I asked her to buy me a bag of naturally processed Kenyan coffee from Drop Coffee Roasters in Stockholm. She said, ‘Wouldn’t it be easier for you to get the coffee from Kenya in your own effort? I mean … you live in Africa.’

Thus, leading me to this point: Why does Ethiopia not have the most prominent speciality coffee scene if coffee of the greatest quality is grown and harvested in the country?

Although this was adapted from a 2016 study, I think it still reflects some valuable points when considering buying power and supply chain. There are some important things to note here: typically countries like Ethiopia are dependent on coffee as an export to grow their GDP. The negative trade balance suggests that the country is not in the position to keep its own resources to resell locally (hence the selling off to buyers that will grow their GDP).

Given the nature of economies from stronger performing countries, coffees produced by countries like Ethiopia and Kenya often get sold off to the highest bidder. This allows countries like Australia, America, England and New Zealand the opportunity to establish a culture of supreme quality when sourcing coffee, which has in turn grown their speciality culture.

Paul Bassett writes, ‘Access to higher quality green coffee has increased as more roasters travel to countries of origin to develop relationships with growers and gain a greater insight into practices that impact on the cup. Consumers have come to expect more diversity in taste as a result of the growing number of single provenance coffees available.’

Australian roasters have also placed a massive emphasis on trade relationships with coffee producers. A continuous growth and investment in these coffee producers has resulted in a higher quality of green coffee being produced.

Australia has developed a successful model and essentially made speciality coffee socially attractive and popular. This has therefore resulted in a global response encouraging a greater focus on the coffee industry. 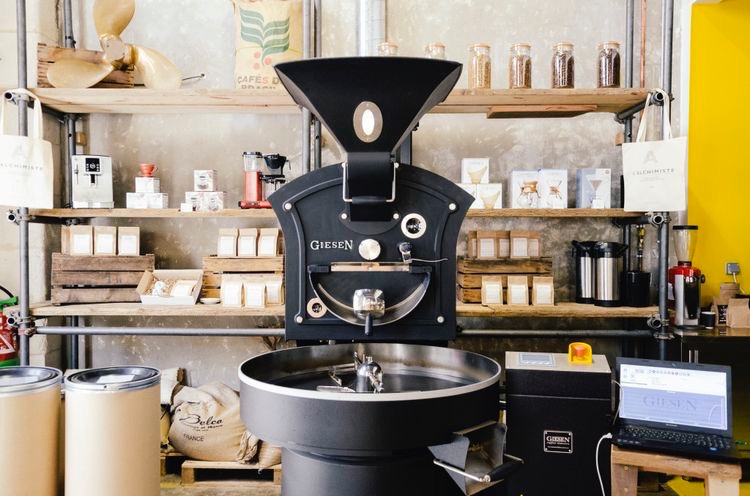 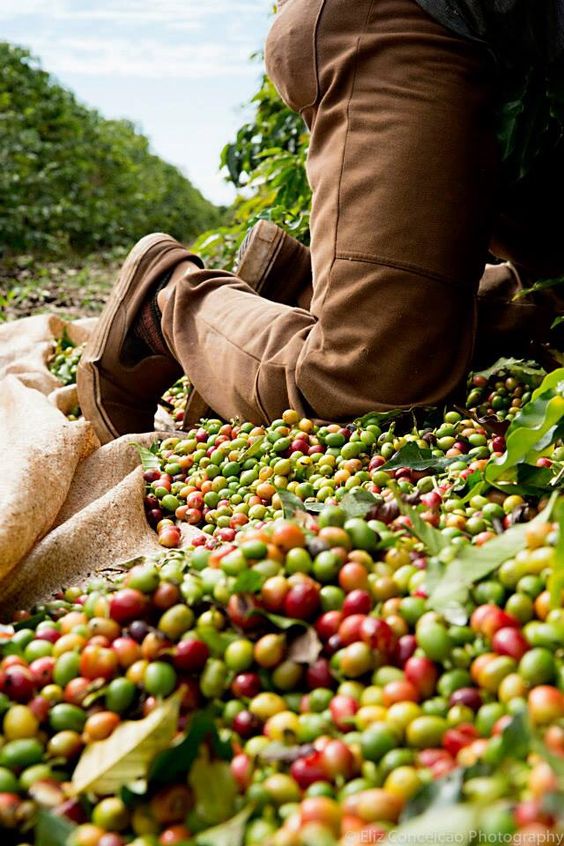 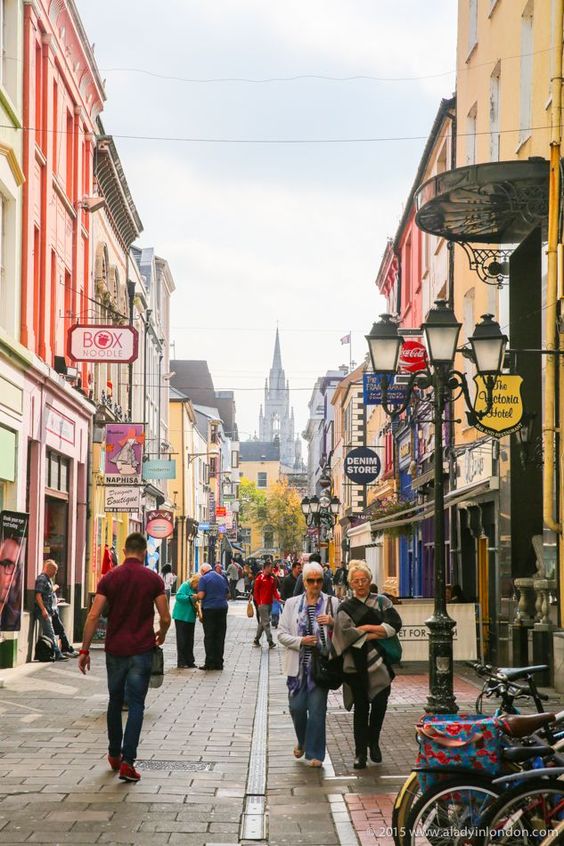 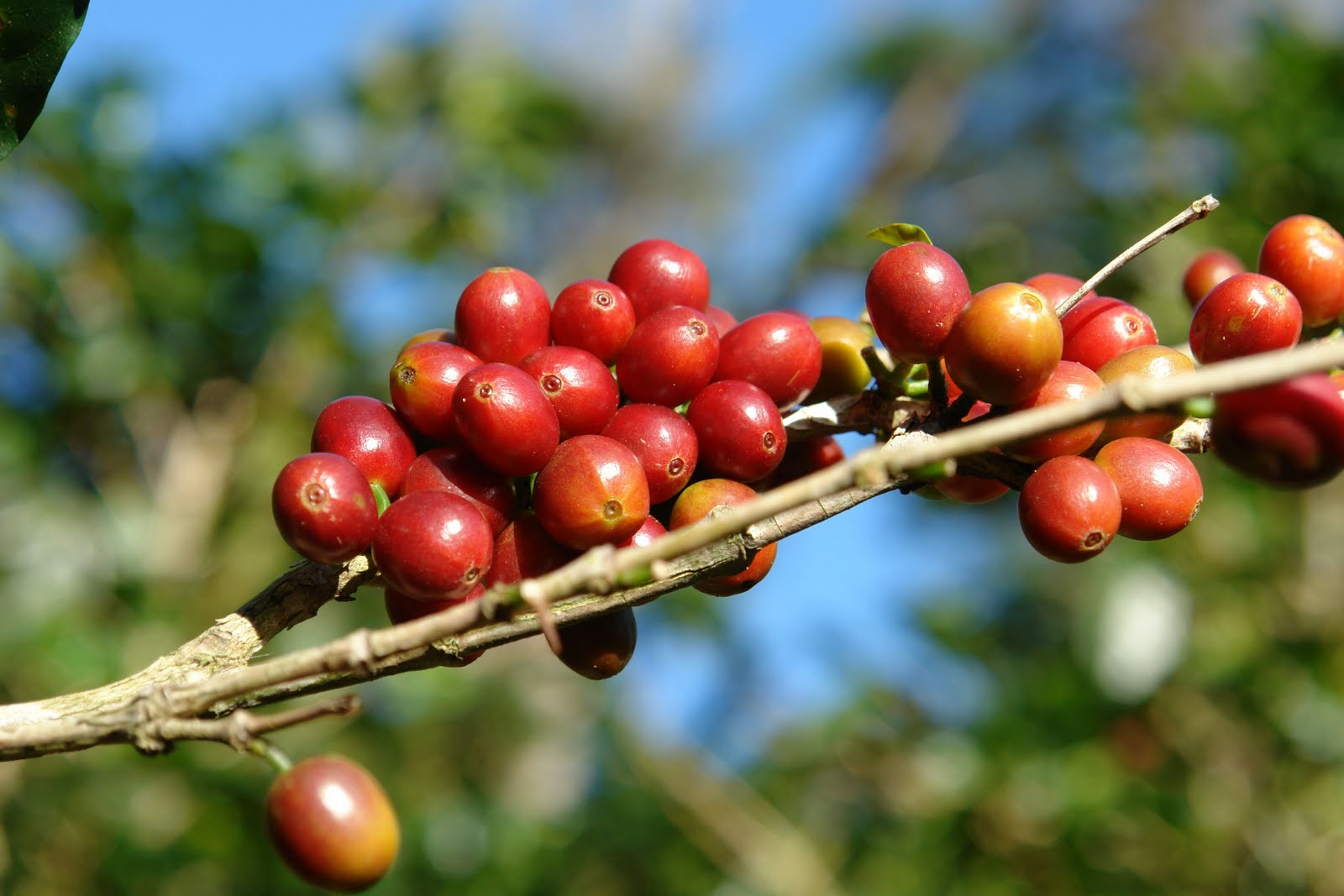