Brazil as a nation are the world’s largest growers and exporters of coffee beans, in fact, Brazil produce approximately a third of the world’s coffee. Unlike Italy or America, we don’t hear too much about how coffee is consumed in Brazil, despite their huge influence on coffee.

It was only in 1727 that the first coffee bush was planted in Brazil. Rumors go that the military Francisco de Melo Palheta used his personal attractions to persuade a Lady in French Guiana to give him samples of the coffee seed, which were then smuggled into Brazil. 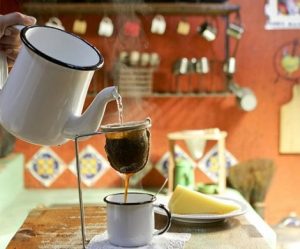 Unlike in many countries where coffee is important socially, coffee in Brazil carries a greater importance. Brazil is one of the world’s largest growing economies, and coffee has played a big part in the success of Brazil’s growth and development.

Coffee, to this day, is one of the most valuable commodities in Brazil and therefore is one of the main sources of monetary income for the nation. Due to the success of the Brazilian coffee bean trade over the past 150 years, Brazilian businesses and government have been able to invest the money gained through the sales of coffee into banks, transportation quality and other industries.

Coffee in Brazil is consumed very regularly. From waking up to going to sleep, coffee is drank at any opportunity possible, so much so that the word cafezinho, which means ‘small coffee’ is almost used as a welcome phrase.

Cafezinho is the most common type of coffee style served in Brazil. It comes in a small cup, is filtered, and is served very hot. Brazilians boil water then add coffee and serve it at incredibly hot temperatures. 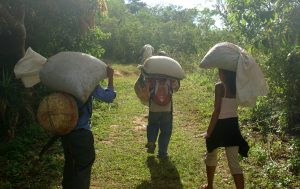 Because Brazilians consume coffee so regularly, they drink it in small cups and tend to use a lower quality coffee than the high quality beans that they export out of the country, because it would be expensive to drink so much. But the coffee they drink is still to a high standard and good quality.