A Brief History of Coffee

The most popular story of the discovery of coffee centers around a young goat herder named Kaldi in the Ethiopian province of Kaffa around the late 6th century. Legend has it that he noticed a strange restlessness in his flock after they had eaten the berries and leaves of an unknown plant.

Monks from a nearby monastery heard of this phenomenon, and after various trials discovered that by roasting, grinding and infusing in water the seeds of this plant, a unique beverage could be obtained. This beverage helped to keep them awake during long hours of prayer. Word of this special drink quickly spread and it was soon drunk in coffee houses in the far away holy cities of Mecca and Medina. Propagation of the coffee bean began in Yemen and was well established by the 15th century. 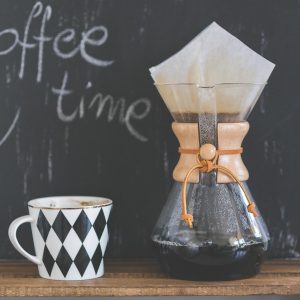 To protect this valuable export, Arabian leaders banned the export of fertile beans. Eventually, a pilgrim named Baba Budan smuggled some viable seed berries out of the country, then returned to his home in India sometime during the 17th Century. The first coffee plant to be taken to Europe was stolen by Dutch traders in 1616 via the port of Mocha in Yemen. The Dutch then set up plantations throughout their colonies of Ceylon, Java, Timor, Sumatra, Celebes and Bali. In time coffee was also produced in the West Indies, Latin America, Jamaica, India and Brazil, which today produces over 60% of the world’s coffee production.

The first coffeehouses began in Mecca and soon spread throughout the Arab world. The idea of coffeehouses, where anyone could go to discuss culture and conduct business for the price of a coffee, flourished in Venice, Paris, London and North America in the 1600’s. This culture is still alive and well today with billions of cups of coffee being enjoyed worldwide every day.